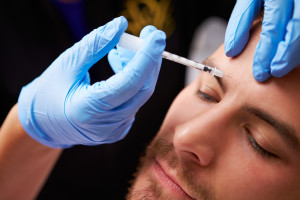 Over the years, I have seen an increase in requests for plastic surgery procedures by men.

There is a commonly held belief that women request plastic surgery procedures more often than men.  In my practice, facelift is the predominant procedure performed, and is requested more by women:  85% of those who undergo a facelift are women, while 15% are men.  But more and more, men present for consultation requesting face and body rejuvenation.

The continual uptick in cosmetic and plastic surgeries indirectly has been driven by the children of World War-II or the baby boomers.  There is a good aliquot of men who simply are starting to take really good care of themselves both through exercise, diet, and a healthy lifestyle.  And to further their better health desires and achieving a feeling of greater self-esteem, men are seeking out the benefits of face and body plastic surgery more.

The following is the best list of the most commonly requested procedures by men that I have encountered over the last five years in order of frequency: